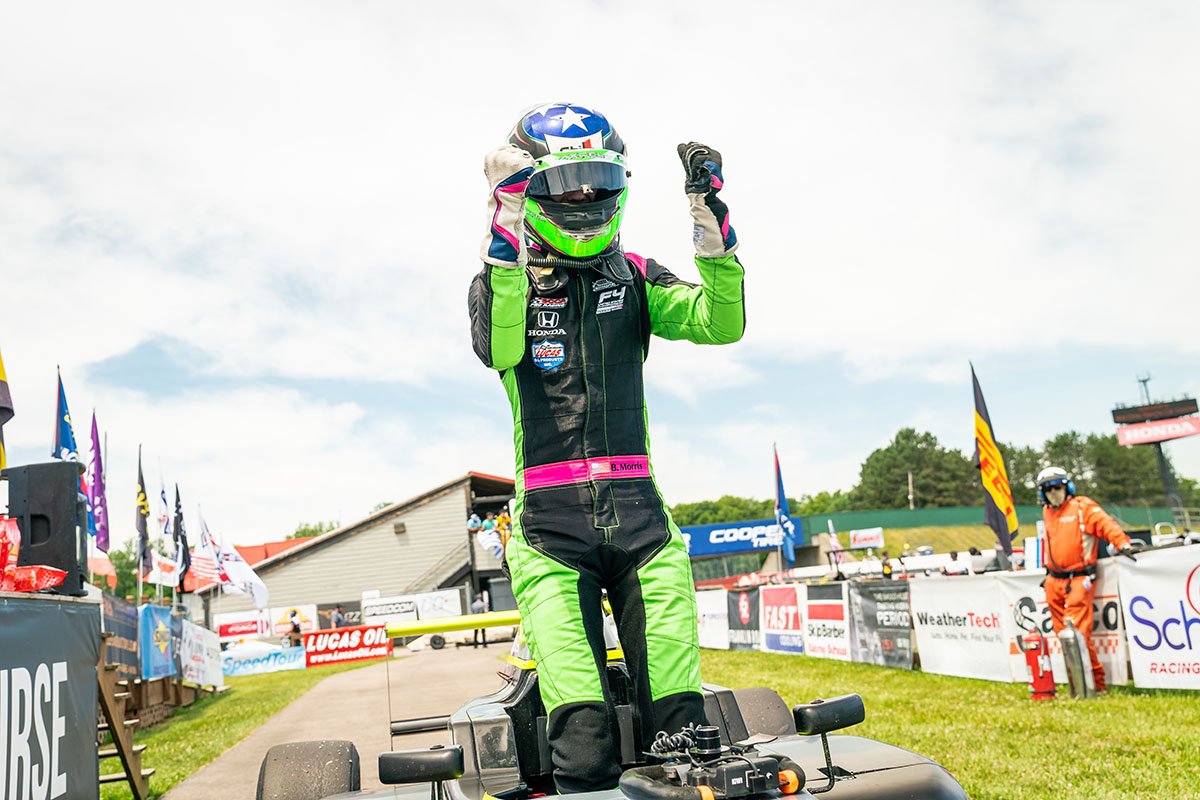 Always a threat for race wins and podium results, Crosslink Kiwi Motorsport proved that this weekend at the Mid-Ohio Sports Car Course. Taking on the Lexington, Ohio facility, the Texas based program earned five podium results in the F4 United States Championship Powered by Honda and an additional two trips to the podium on the FR Americas side of their program 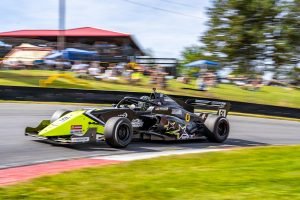 Dylan Tavella would lead the Crosslink Kiwi Motorsport quartet in FR Americas qualifying as his 1:21.283 would slot him into the fifth position and an inside row three starting position for the first race of the weekend. Ryan Yardley lined up directly beside him in P6 while Cooper Becklin would roll off behind Yardley in the eighth position. Kevin Janzen started his first race of the weekend shotgun on the field as he continued to gain experience and progress with each passing lap.

On the F4 side of the program Bryson Morris earned a P2 starting spot for race one after the one and only qualifying session, just ahead of teammate Ryan Shehan in fourth. Three Crosslink Kiwi Motorsport drivers found themselves in the top-five with Gabriel Fonseca in fifth while Lucas Fecury and Madison Aust were just outside the top-ten.

Returning to the track on Saturday morning for the one and only race of the day for each class, the FR Americas quartet would be the first of the Crosslink Kiwi Motorsport drivers to fight for results. Dylan Tavella rocketed off the line from his P5 starting spot to move into third early on, but it was Ryan Yardley wh scored the team’s best finish. Starting sixth, Yardley was able to get by his teammate and another fellow competitor to cross the stripe in fourth, just ahead of Tavella in fifth. Cooper Becklin held station in his eighth place starting position to finish eighth and earn championship points while Kevin Janzen completed the full race distance to come home eleventh. 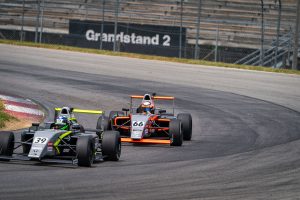 The first Crosslink Kiwi Motorsport win of the weekend would come at the hands of Bryson Morris as he and Ryan Shehan finished one-two in the first F4 action on Saturday. While Shehan was turning some of the fastest laps of the race and running down Morris, a late race caution yielded any advances as the pair crossed the line behind the pace car to stand on the podium. Gabriel Fonseca finished in fourth putting three team drivers in the top-five and nearly completing a Crosslink Kiwi Motorsport podium sweep. Lucas Fecury and Madison Aust also both improved from their starting positions to finish 11th and 13th when the checkered flag flew putting the quintet of drivers all inside the top-15. This marked the best team results to date combining all drivers.

The second F4 race of the weekend would see the Crosslink Kiwi Motorsport program earn another podium result at the hands of Bryson Morris and two top-ten finishes with Morris and Fonseca. Ryan Shehan and Morris would go wheel-to-wheel through the first complex of corners as the pair ran second and third early on. Fighting hard for the lead over the first three circuits, Shehan made several attempts to go the long way around the leader into turn three but lacked grip to complete the pass. The fourth time by, Shehan was able to hold even and have the inside line entering turn four, but minor contact ensued puncturing the right rear of the #66 machine and forcing him to the pits. Shehan returned to the track to turn the fourth fastest time and outside row two starting position. Morris, who fell back to outside the top-five with all the chaos happening in front of him used the rest of the race to work his way back forward. Fighting hard until the final circuit, Morris earned his second podium finishing third. Madison Aust was on her way forward before contact resulting in a spin relegated her down the running order as she finished 18th, just ahead of Shehan in 19th and Lucas Fecury in 21st who had to make an unscheduled pit stop.

Morris and Shehan would return to the podium in race three as the duo finished second and third respectively. Battling for the win, Bryson Morris came up just short but had a good points haul to solidify his run for the F4 United States Championship crown. Shehan raced more than half of race three with a broken front wing showing true grit and determination to keep the rest of the field behind him crossing the stripe in third. Shehan’s pair of podium results confirmed his best career weekend in open wheel racing. Lucas Fecury put a trio of Crosslink Kiwi Motorsport drivers in the top-ten with his run to ninth while Gabriel Fonseca ran fifth early on and fell back to 22nd before narrowly missing a top-ten finish in 11th. Madison Aust continued her forward progress and after starting race three in the 22nd position, drove forward to end her weekend in 15th.

With a slight break and then the start of the FR Americas second race of the weekend, Tavella led the Crosslink Kiwi Motorsport quartet. Scoring the third fastest lap of the race, Tavella crossed the stripe in the fourth position, two spots ahead of teammate Ryan Yardley in sixth. Cooper Becklin soldiered on to earn a seventh place result as Kevin Janzen earned a tenth place finish as all four Crosslink Kiwi Motorsport drivers finish in point scoring positions. 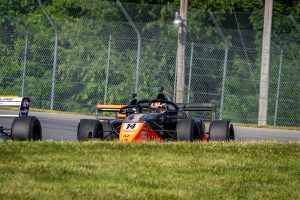 Race three for the four FR Americas drivers would be run in wet conditions as the skies opened just prior to the start of the race. Dylan Tavella moved forward immediately from his row two starting position to assume P2 and held that for the entire race distance earning his first podium of the weekend. Cooper Becklin put a pair of Crosslink Kiwi Motorsport drivers on the podium in a solid effort to finish third, his career best finish in the FR Americas Championship while Ryan Yardley put three team drivers in the top-five to give Crosslink Kiwi Motorsport a two, three, four finish. Kevin Janzen was forced to start from pit lane due to a warmup lap spin and in his first national level rain experience, ended his race in P12.

The next stop for Crosslink Kiwi Motorsport is a return to the Mid-Ohio Sports Car Course for the next event of the USF Juniors Presented by Cooper Tires.