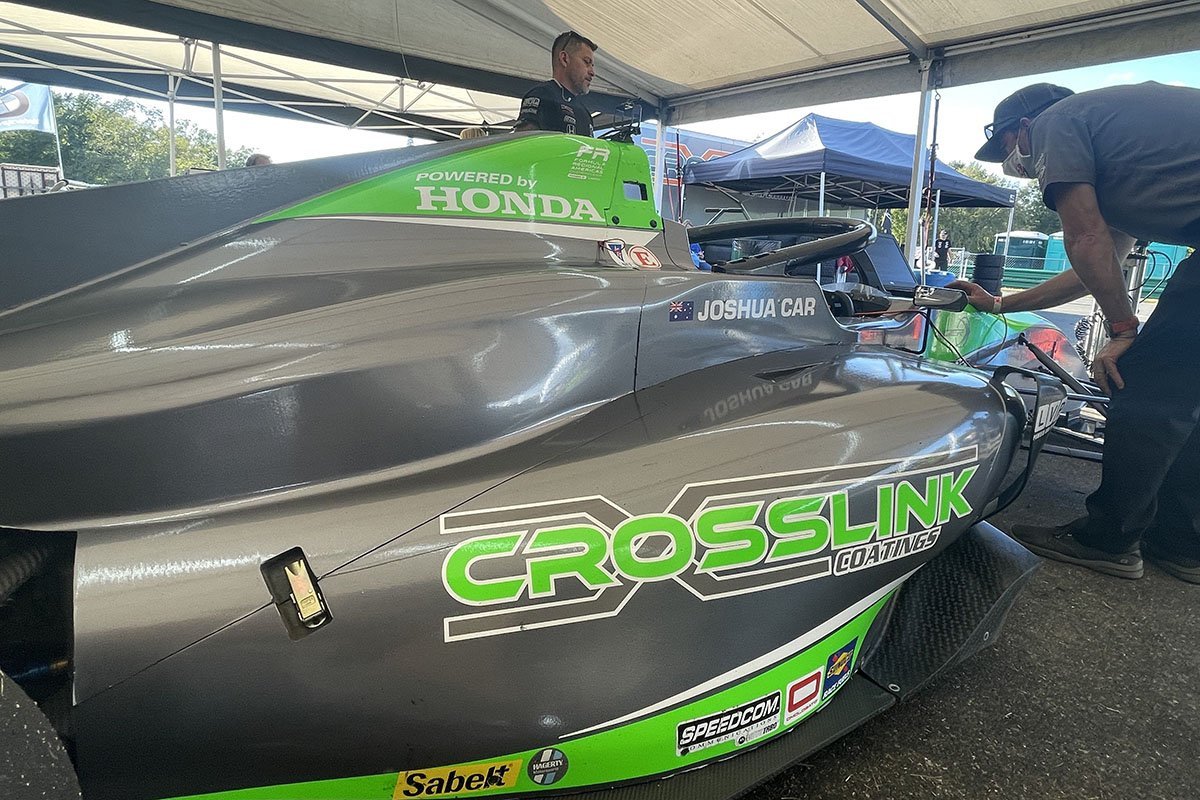 “Another weekend of progress for our drivers,” explained Team Crosslink’s Sean Owens. “We managed to earn a several pole positions, a podium finish in FR, four top-ten results and the fastest race lap in both series. While our finishing results were not awesome, they also do not reflect the progress our team has made. We are building our drivers and shaping them for the future.”

Josh Car earned a pair of pole positions over the weekend as he was the fastest driver in Friday’s qualifying session to earn the top starting position for race one. Additionally, Car turned the fastest race lap in the second wheel-to-wheel action of the weekend to take the race three pole position. While an issue plagued his performance in race one, Car rebounded from the twelfth-place effort to score a pair of fourth place finishes in both races two and three.

Tavella, who qualified sixth on Friday, scored Team Crosslink’s only podium result of the weekend. In the first race where Car had issues, Tavella rose to the occasion and drove to an impressive second step on the podium. Race two would see the young rookie add another top-ten result in eighth.

Initially Chase Gardner led the way for the pair of F4 drivers with a ninth-place result in qualifying as Shehan turned the thirteenth fastest lap of the session. Gardner would go on to claim fourteenth, eighth and twentieth place results over the weekend while Shehan became the talk of the Team Crosslink paddock. After a spin and failing to finish race one, Shehan started deep in the field for race two marching his way forward to finish twelfth, scoring the fastest lap of the race to earn the accompanying pole position for race three. Looking to finish at the pointy end of the field, Shehan was taken out by an overanxious driver and ruined the chance of a points scoring finish.

Owens added, “All of our drivers have improved throughout the season, and we enter the final round next month with a shot at the FR championship. While it may be out of reach, we aim to provide all our competitors with the best equipment and chance to stand on the podium at the Circuit of the Americas.”