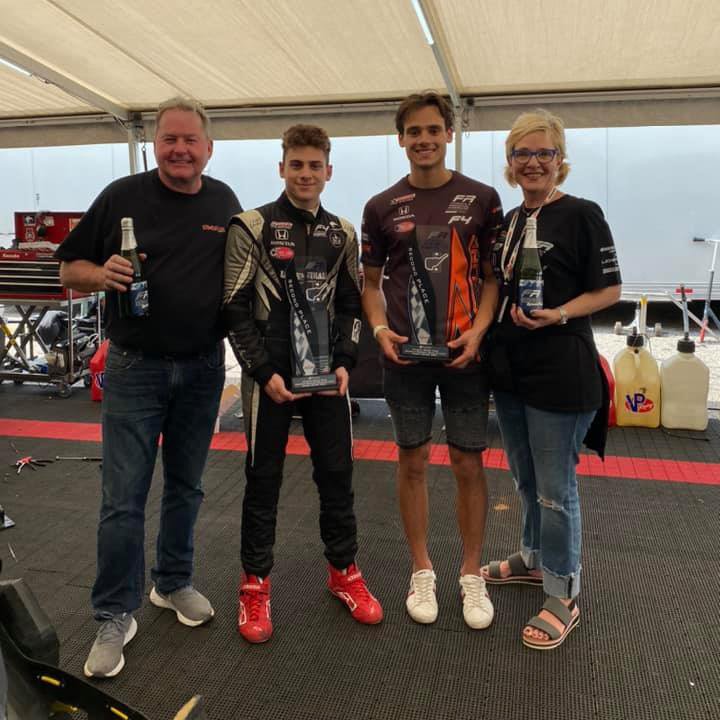 It was the start of a new season of racing in both the F4 United States Championship and FR Americas Championship and it was a new season of podiums for Team Crosslink. FR Americas drivers Josh Car and Dylan Tavella both stood on the podium at the Michelin Raceway Road Atlanta while F4 rookies Chase Gardner, Ryan Shehan and Trevor Russell completed race laps and gained experience for future events.

Friday was not the best day for Team Crosslink at Road Atlanta as a major track delay put the whole program behind schedule. Couple that frustration with rain that pummeled the area throughout Thursday, F4 and FR drivers were just anxious to get racing. Josh Car and Dylan Tavella led the way for the Texas based program in qualifying with sixth and ninth place results in the FR Americas ranks while three rookies finished 11th, 21st and 25th on the F4 side of the program led by Chase Gardner, Trevor Russell and Ryan Shehan. Team Crosslink’s first podium result of the 2021 season came courtesy for 2019 F4 Champion Josh Car. Climbing the running order throughout the first wheel-to-wheel race of the weekend, Car earned an impressive second place finish. Rookie Dylan Tavella put a pair of Crosslink drivers in the top-five racing a consistent race to earn a fifth-place finish. Round two on Saturday saw another podium result for Team Crosslink, this time by rookie driver Dylan Tavella. Though the young New Yorker did not have the fastest car in the race, he methodically worked his way forward and earned the second step on the podium as Josh Car ran into issues and finished outside the points.

The first race of the F4 United States Championship Powered by Honda was one to forget for Team Crosslink as on track issues hindered any possible results. Returning to the Michelin Raceway Road Atlanta later that day, it was rookie Ryan Shehan that secured the squad’s best result advancing forward to claim his first top-15 result coming home 14th. Returning to the track on Sunday and with weather moving through the area bringing buckets of rain, series officials deemed the race a wet race as drivers swapped to the Hankook treaded tires. With a drying track, but still too wet for slicks, it was Trevor Russell who piloted his Team Crosslink entry to the best result amongst the trio of F4 drivers. Crossing the line in P13, Russell secured his best result of his F4 debut weekend. Ryan Shehan battled in the top-15 for the majority of the race but a bobble in the final two minutes relegated him down the running order to a 21st place result.

Josh Car returned to the podium in round three of the FR Americas program as he methodically worked his way forward throughout the 23-lap race. Starting just inside the top-ten, Car showed the speed needed to be on the podium and delivered with his second podium result of the weekend.

“Three podiums with two different drivers is great, but we have some work to do,” explained Sean Owens. “We will head back to our home base in Texas and prep for the next race. We need to find just a little more speed, but we will get there.”