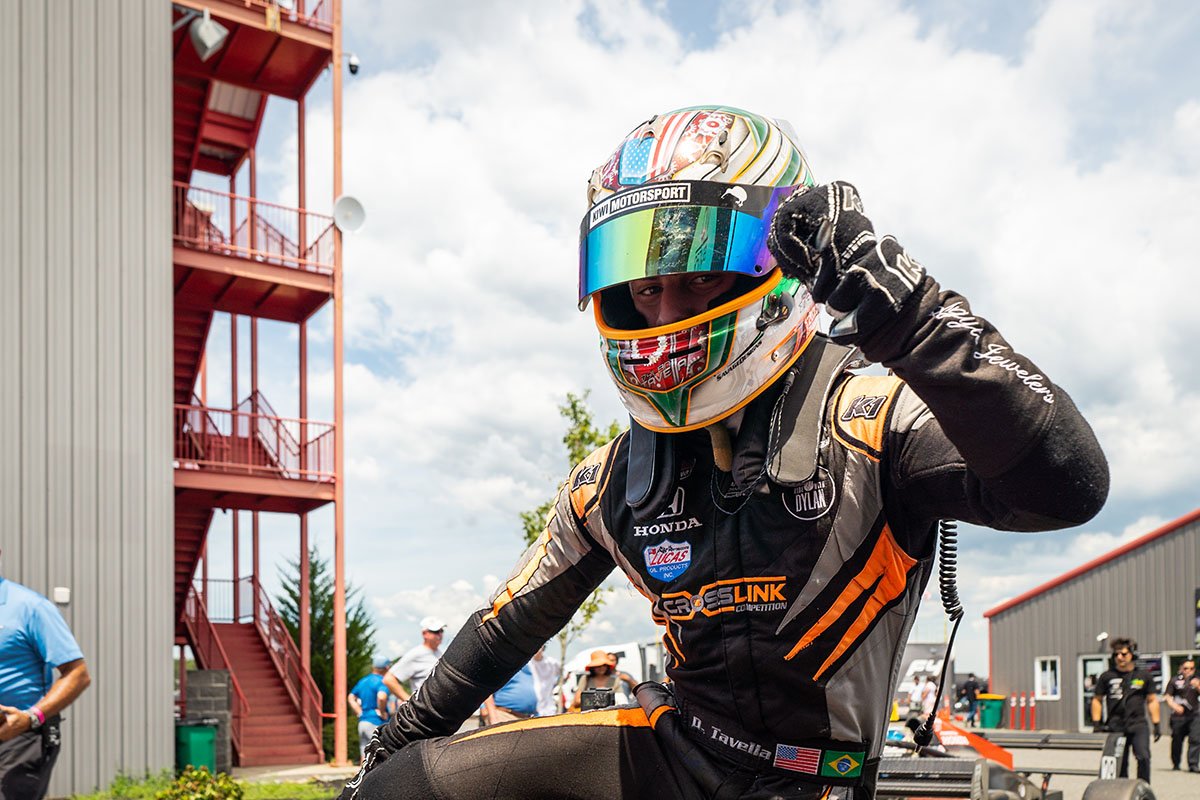 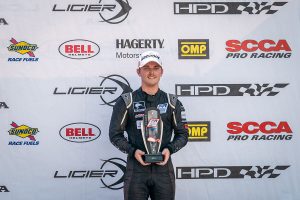 Descending on the New Jersey Motorsports Park for the fourth event weekend in both the F4 United States Championship and FR Americas Championship Powered by Honda, Crosslink Kiwi Motorsport brought nine drivers to the ultra-fast facility. Leaving the weekend with wins and podiums in both divisions earning eleven trophies, the Texas-based program once again proved that they are one of the best teams in junior open-wheel racing in North America as they left New Jersey Motorsports Park with the lead in the Team Championship.

“Super proud of how every one of our drivers and team performed this weekend,” explained Teena Larsen. “This series is very competitive, and we still have to work hard to continue this momentum moving forward. Two rounds remaining, we will give it all we have!”

On the F4 United States Championship side of the program, Texan Ryan Shehan earned his first career victory. Fast throughout Thursday and Friday’s test and practice sessions, Shehan pushed his #66 machine to the second step of the podium in race one. After the podium celebration was complete and later in the evening, Shehan and his Crosslink Kiwi Motorsport crew had learned of a penalty to the on-track winner thus awarding Shehan his first career win. Bryson Morris was also a benefactor in the penalty as he finished third on track but leveled up to second courtesy of the penalty to make it a one-two finish from the squad. Lucas Fecury put three team drivers in the top-ten with a solid drive to the ninth position while Madison Aust and Gabriel Fonseca crossed the line 15th and 18th respectively.

Race two on the weekend would take place on Sunday morning and it was another podium performance for Morris and Shehan. Fighting for points and the overall series title, Morris was the best of the Crosslink Kiwi Motorsport quintet driving to a solid second-place finish, his second podium result of the weekend. Teammate Ryan Shehan followed closely in third to add to the results resume for Crosslink Kiwi Motorsport while Gabriel Fonseca showed the true strength of the program, nearly driving into the top-five to finish sixth. Madison Aust had her best drive of the weekend crossing the stripe in 14th while Lucas Fecury closed race two in 17th.

It was another double podium for Crosslink Kiwi Motorsport in the third and final F4 race of the weekend as Shehan and Morris once again proved their prowess at the front of the field. Shehan crossed the line in second, his third podium of the weekend while Morris also earned his third podium result in as many races, joining Shehan on the box in P3. Madison Aust earned her first career F4 championship point in her best finish of tenth as Lucas Fecury slotted in two positions behind her in P12 while Fonseca was classified in 15th.

It was a solid qualifying effort for the quartet of drivers in the FR America Championship Powered by Honda as three secured top-five starting positions with four competitors in the top-ten. Ryan Yardley led the way clocking the second fastest lap of the session ahead of Dylan Tavella in third, Cooper Becklin in fourth, and Kevin Janzen in P10.

Two additional podium results came in the first wheel-to-wheel race for FR drivers as Yardley and Tavella swapped positions, but both stood on the podium. Tavella would slide his #14 entry into the second position, just ahead of Yardley in third and Becklin in fourth as once again, three Crosslink Kiwi Motorsport drivers were in the top-five. Janzen went on to be classified in P11.

Already winners in F4 over the weekend, Dylan Tavella put Crosslink Kiwi Motorsport on the top of the podium in FR with a last lap pass in race two to take the win. Stalking the leader throughout the race, Tavella made a bold last lap pass around the current championship leader to stand atop the podium and add another win to the team’s resume. Ryan Yardley added his second podium result of the weekend in a solid effort to finish third while Becklin crossed the stripe in seventh, ahead of Janzen in eleventh.

It was Dylan Tavella who earned his second win of the weekend as he dominated and scored another checkered flag in round twelve, the third race of the weekend. Tavella managed to take the win in the 25-lap race by a scant .089. Ryan Yardley put another team Crosslink Kiwi Motorsport driver in the top-five with another impressive P4 result in his best weekend of 2022. Cooper Becklin crossed the stripe in sixth while Kevin Janzen was classified in eleventh.