Looking to make a run at several championships in the upcoming season, Crosslink Kiwi Motorsport is set with a multi-driver lineup in 2022. Continuing their relationship from previous years, Crosslink Motorsports and Kiwi Motorsport will enter drivers in both the F4 United States Championship and the FR Americas Championship Powered by Honda. With a new season comes renewed focus and energy with the first official event weekend on the horizon at NOLA Motorsports Park. 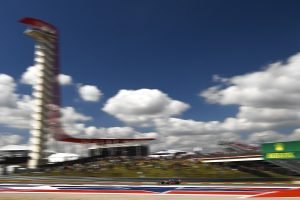 “The partnership between Crosslink Motorsports and Kiwi Motorsport will continue in 2022, albeit under new management and ownership,” expressed Crosslink Motorsports’ Gill Kaszuba. “Garry Orton, Teena Larsen, and I have worked very hard this offseason as together we elevated the test program from years’ past and are confident that we have what it takes to win on every level in 2022.”

“We are excited and anxious to get the season going,” added Teena Larsen and Garry Orton from Kiwi Motorsport. “Our mix of skills both on and off the track has propelled us to race wins and the team championship on several occasions and the goals remains the same in 2022.”

Kaszuba added “We have a new website in the works, a new social media initiative and new way to make sure that we are the best program in the paddock both on and off the track. We want to set the bar for others to try and achieve.”