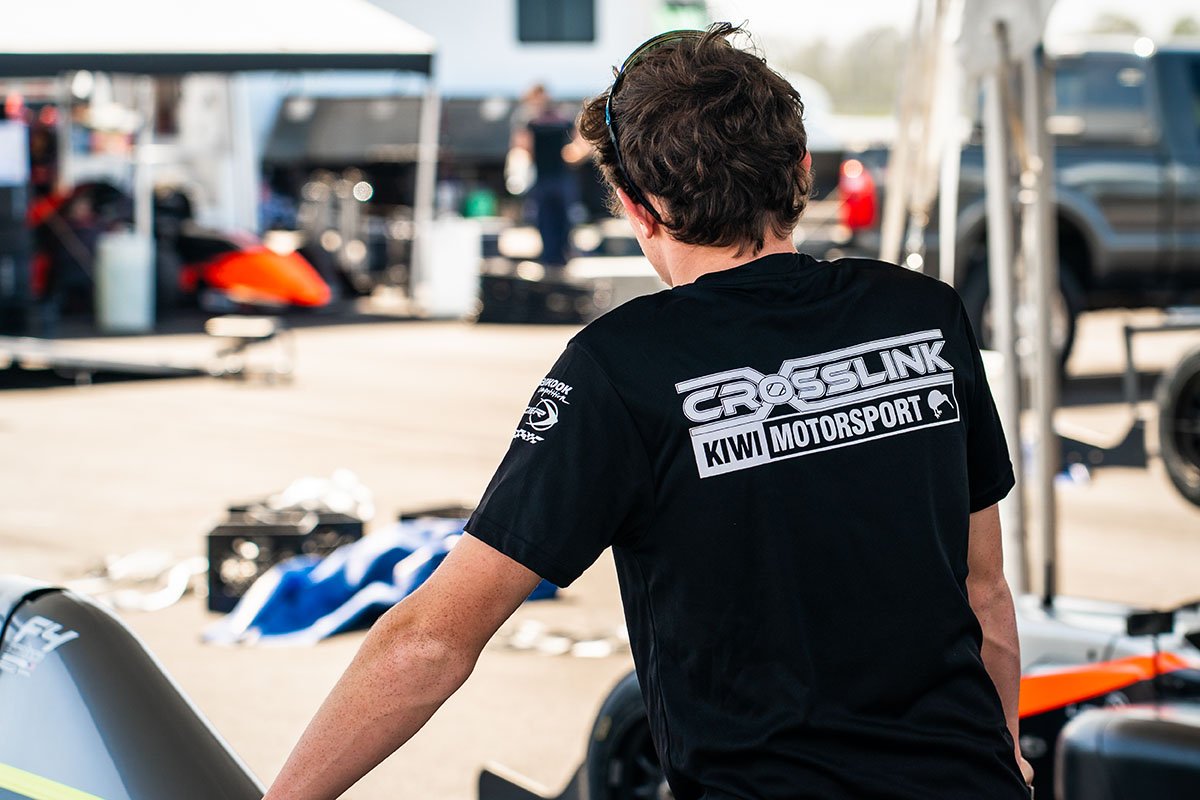 It is the second event weekend in both the F4 United States Championship and FR Americas Championship Powered by Honda and Crosslink Kiwi Motorsport is set for another massive driver lineup. Bringing a total of nine drivers to the famed Road America in Elkhart Lake, Wisconsin, five hungry competitors will compete in the F4 ranks while four will look to top the podium in FR.

“We love Road America and are looking forward to another weekend of action,” expressed Crosslink Kiwi Motorsport’s Gill Kaszuba. “The competition in both series is quite high so to win and have the success we had in the first event shows how strong we are as a team.”

Teena Larsen added, “We have had some time off between the first two events of the year but our determination to win and drive to succeed never takes a day off. Competing in two different programs within excess of ten drivers shows how passionate we are for the sport.”

With two drivers in the top-five and three in the top-ten of the F4 United States Championship points battle, Bryson Morris sits second and will lead the team to Road America. On the strength of two podiums including the round two win, Morris is ten markers out of the championship lead. Ryan Shehan sits fourth with one podium and two top-five finishes as he looks to earn his first F4 victory. Gabriel Fonseca positioned himself eighth in the championship with a pair of point scoring results as the trio will look to continue their momentum. Also throwing their hat in the F4 mix this weekend will be Lucas Fecury and Madison Aust. Gaining experience through the NOLA Motorsports Park event, Fecury and Aust will look to join Morris, Shehan and Fonseca at the pointy end of the grid.

Dylan Tavella enters round four of the FR Americas Championship as the co-point leader as he sits atop the championship point standings with 58 points. Claiming every step of the podium in New Orleans over the three races, Tavella ended the weekend on top with the round three win. Ryan Yardley scored points in all three wheel-to-wheel races to open his season fourth in the points battle. Joining Tavella and Yardley will be Cooper Becklin and Kevin Janzen as the quartet once again look to make their mark, this time at Road America.