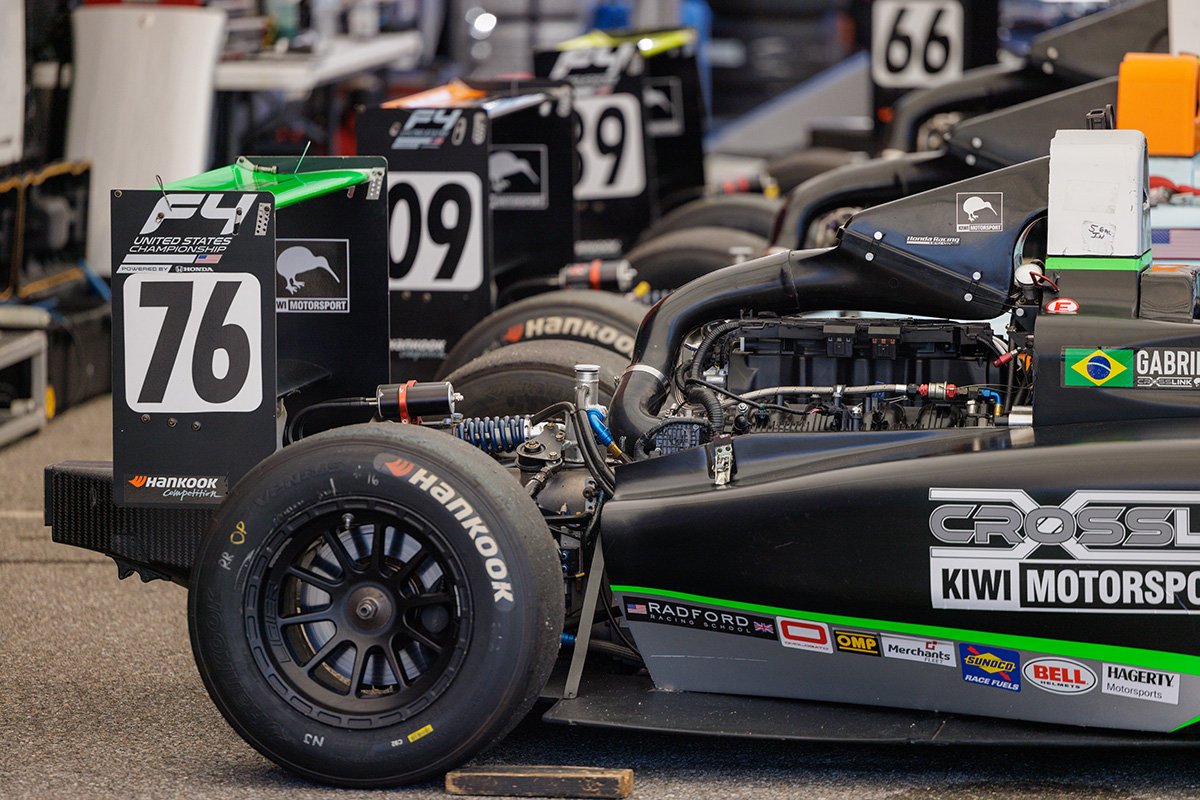 While the perception is that more drivers provide difficulty in running a successful program, Crosslink Kiwi Motorsport is proving the nay-sayers wrong. Entering seven drivers in the F4 United States Championship Powered by Honda and an additional four in the FR Americas Championship Powered by Honda, there will be a whopping eleven Crosslink Kiwi Motorsport drivers this coming weekend at the famed Circuit of the Americas. 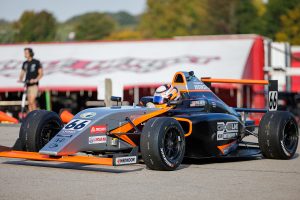 “We have been running nine drivers all season long but increased that total to eleven for our final event of the 2022 season,” explained Teena Larsen. “We will have our normal gang of drivers but would also like to welcome USF Junior competitor Titus Sherlock and Cole Kleck to our program in Austin.”

With a pair of drivers fighting for the championship in F4, Bryson Morris and Ryan Shehan sit second and fourth in the point battle respectively.  With three races at the Circuit of the Americas over the final event weekend, both drivers will aim to score as many points as possible in their run for the title. Joining Morris, Shehan, and newcomers Titus Sherlock and Cole Kleck will be Gabriel Fonseca who sits eighth in the overall championship battle, Lucas Fecury who is coming off a double-point scoring event at the Virginia International Raceway, and female driver Madison Aust.

“We have a shot at the title with two drivers,” added Garry Orton. “Our goal will remain the same as it has all season and that is to make sure our drivers have the equipment they need to win. On the track, we will leave it up to them to battle it out.” 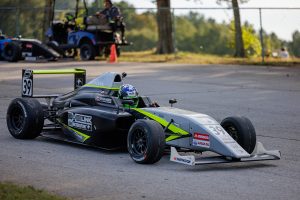 With seven drivers in F4, Crosslink Kiwi Motorsport will enter a quartet of competitors in the FR Americas Championship finale including championship contender Dylan Tavella. Seventy points behind the current point leader, Tavella would need a miracle over the final weekend to take the title, but it is never over until it is over.

“We will be shooting for three wins this weekend for Dylan and let the championship points fall where they may,” explained Gill Kaszuba. “Dylan has shown speed at COTA in the past, so we are expecting him to be in the mix once wheel-to-wheel action begins.”

Joining Tavella in COTA will be Ryan Yardley, Cooper Becklin, and Kevin Janzen. With all four drivers scoring points this season, Yardley sits fourth in the title chase with a strong opportunity to finish third when the final checkered flag falls on the 2022 season. Becklin enters the weekend in sixth but mathematically has a shot to earn a top-five finish for the season should everything go his way in Texas while Kevin Janzen is set to lock up the FR Americas Masters Championship this weekend. 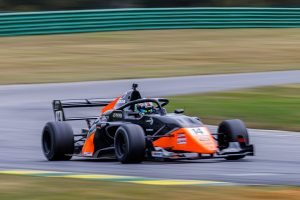