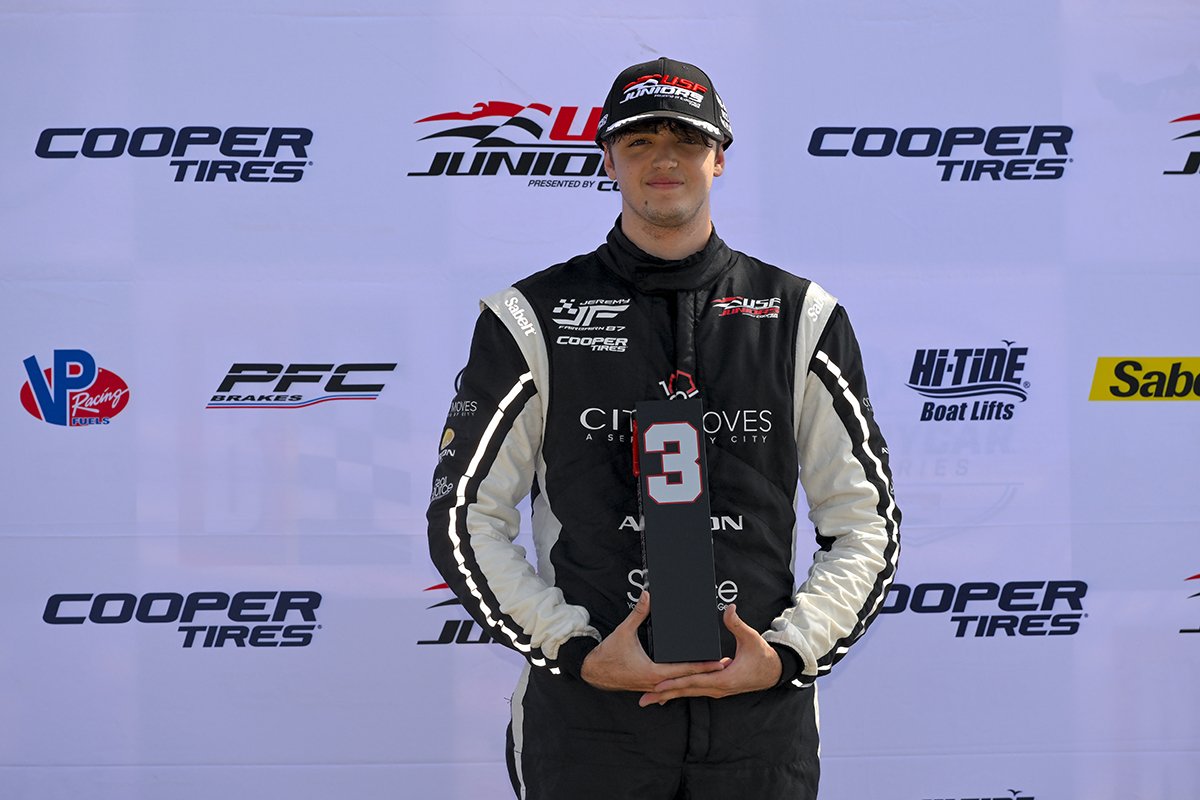 It was a weather filled weekend at the new Ozarks International Raceway for the first event weekend of the USF Juniors Presented by Cooper Tires program. With seventeen drivers entered and two flying the Crosslink Kiwi Motorsport colors, Jeremy Fairbairn and Titus Sherlock both claimed top-five results in the first two races of the weekend before weather rolled through the facility and canceled the third wheel-to-wheel event. 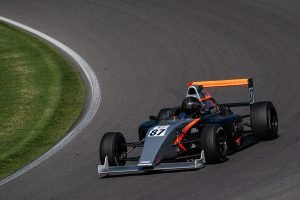 “It was a good opening weekend for the series and us as a team venturing out to compete in a new program for the first time,” explained Teena Larsen. “While we had some strong runs, we also had some heartbreaking moments but that is racing. It is a quick turnaround for us as we will be back on track on Thursday at Barber Motorsports Park.”

Progressing through Friday’s practice day, Saturday would be the home for qualifying and the first two races of the USF Junior program. Titus Sherlock was able to get the edge of the two Crosslink Kiwi Motorsport drivers on Saturday morning scoring the fifth fastest lap and inside row three starting spot for the first race. Fairbairn also placed his #87 machine inside the top-ten with a solid eighth place effort.

When the green would fly for race one, Fairbairn looked like a seasoned veteran as he was able to work his way forward. With only twelve laps to gain as many positions as possible, the Florida resident was able to advance forward to finish fifth. Sherlock would be on the other end of the spectrum as he unfortunately fell from fifth to eleventh in the final results.

Race two would see Sherlock earn the team’s best result of the session. Looking to rebound from his eleventh-place result during race one, the #31 Crosslink Kiwi Motorsport prepared machine leveled up to the fifth position, as he scored his best result of the weekend and the second top-five for the Texas based squad. Fairbairn was involved in a scary incident on the first lap that took several cars out of the race. With a heavily damaged Ligier JSF4, Fairbairn was forced to watch from the sidelines, and could only dream of what could have been. 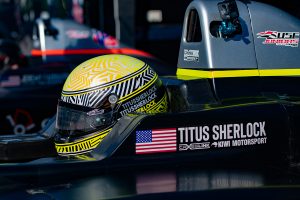 Gill Kaszuba added, “Two top-five results by two different drivers shows the strength and diversity of our program. We give every effort we possibly can for all our drivers, and we showed that this weekend.”

“I think it was the best call for both the safety of the drivers and that we have another race next weekend,” added Garry Orton. “We will have another chance to stand atop the podium next weekend at Barber Motorsports Park and it is a short week since our first practice session on Thursday.”

Traveling straight from Ozarks to Barber, the Crosslink Kiwi Motorsport USF Juniors program was back on track as Fairbairn and Sherlock would look to better their Ozarks results. In another jam packed weekend racing beside the NTT INDYCAR Series and the complete Road to Indy, a few test sessions led into qualifying where Fairbairn bested the two Crosslink Kiwi Motorsport drivers with a seventh place effort while Sherlock would be just outside the top-ten in eleventh.

Race one would see Fairbairn advance forward from his row four starting position to run fourth on track before eventually finishing sixth. Showing pace and driving like a season veteran, Fairbairn was poised to challenge for a podium result. On the other side of the spectrum, Sherlock suffered some minor damage and needed to pit for repairs and would be classified in 16th when the final checkered flag flew. 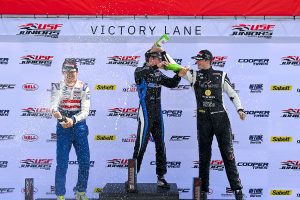 Fairbairn would finally get the podium result he deserved in round four and race two of the weekend as he again moved forward from starting sixth to earn the third and final step on the box. In his best drive of the season, this was both Fairbairn’s and Crosslink Kiwi Motorsport’s first podium result in USF Juniors. Putting a pair of drivers inside the top-ten, Titus Sherlock was able to climb forward in a strong showing for the two car program to finish ninth.

Next up for the USF Juniors program will be a trip to the Virginia International Raceway over the June 3-5 weekend. Stay tuned to www.CrosslinkKiwiMotorsport.com and their social media pages for news, information and photos.